You see, back during the Black Friday Sales there was this company called Game Stop that was giving out gift cards if you made certain purchases and I made one of those purchases.

My product arrived but my gift card never did, even though it was a virtual gift card.

I had received an email stating that the gift card was going to be late but that was the last I heard of it.  So, a few weeks later I called up Customer Support and gave them my story and they told me to check my spam folders.  I assured them that I wasn't stupid and understood how computers and email worked and they told me that they would email me a new code within 3-5 business days even though they already sent the first one to me.

Two weeks went by and nothing so I called up those Customer Support people again and told them my story and this time included the part about supposedly getting a new code.  I was told "I see the request to send out a new code, have you tried checking your spam folders" and I had to start over from scratch proving that I was, indeed, not stupid.   Blah Blah new code.

Two weeks go by and no new code. 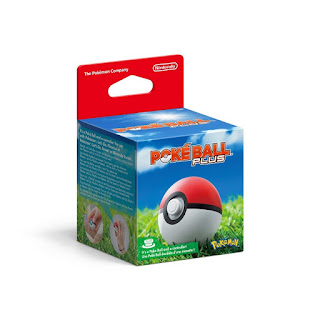 Yeah.  So, after another call and getting ready to just give up I finally get an email with this beautiful code for virtual money that can only be spent at one particular retailer and I am elated.  I immediately rush to my nearest Game Stop and start searching for used/discounted Nintendo Switch games and find that nothing that I want no matter how old it is has been marked down substantially enough for me to justify a purchase so, instead, I end up purchasing the Pokeball thingie that goes with that Pokemon Let's Go game.


I don't own Pokemon Let's Go but I figure I will, at some point, down the line.  Plus I hear you can use this do-hickey with Pokemon Go from the Telephones.
All in all I ended up having to fork over the Tax out of pocket but I'm going to consider this a win. 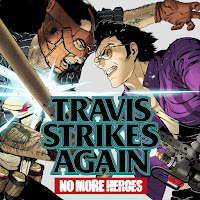 In other news I'm getting really weak because Travis Strikes Again: No More Heroes comes on right quick and that is one of my most anticipated games of the year.  I'm looking into ways of getting it without spending money as I try to go through this entire year spending very little.

It is a difficult task but one that I must embark on.  My current thought process is that I should grab this through Best Buy because I still get that cool Gamer Discount and I have a $5 off coupon.  I'm debating trading in or selling off Super Smash Bros. Ultimate to come up with the funds or trying what the Mathman told me about and that is buying physical gift cards with my Virtual amazon monies and just having it sent to my house.   I also happen to have a $20 Visa Gift Card for some unknown reason but I was thinking of using that to buy the Lego Super Villains Steelbook off of Ebay.

In other news this morning, Literally this morning because it was slightly after midnight and I was still playing in my bed in my underwear while everyone else slept, I put an end to #TheMessenger and man oh man what an amazing game - I cannot wait to talk about it and hope I do it some sort of justice.

I'm still plugging away at Fallout Shelter just a few minutes each day and am currently training my dwellers to breed my super race so that I can kick out all the OGs and really start building things up. 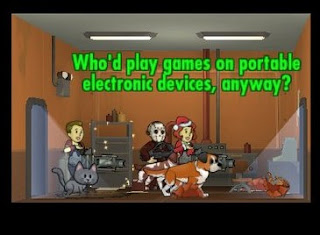 So, now that I am done with The Messenger I don't know if I should just start sinking more time into Fallout Shelter or find something else to mess around with.  Today is the 16th and the new Diablo Season starts on the 18th so I have been putting off Diablo time until then so I can just create my new toon and start fresh.

Also, I guess it is getting to be time where I need to start looking at my February list of games as well.