I wanted to do a series of posts where I chronicle different collectors editions that I own (and maybe some that I wish I owned) and what is in them and why I got them.

I am on a quest to de-clutter and when I go through my stuff I realize that I have way too many things that I got for one reason or another but there exists no real, logical reason for me to keep these things.  Some of these things are Video Game Collector's Editions.

I don't have a Massive Game Room to display everything I own and I do not have a bunch of visitors who are going to pass through my halls and compliment me on my Fallout 4 PIP-Boy!  No, it just will not ever happen.

So then, why do I have them?  Well, in someway they either bring me joy or have brought me joy in the past and I want to detail that joy.

So, I guess the best place to start is from the last one that I have picked up which actually just arrived yesterday.

Now, neither this game nor this series holds any huge special spot in my heart.  In fact, the original system it was on also has no sentimental value for me.  So why, then, would I spend extra money to pick up a collectors edition of it? 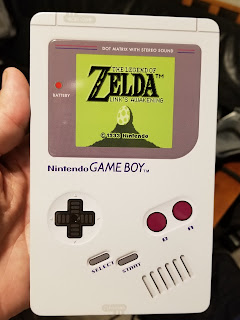 I have a Steelbook addiction and as I move on with life and try to get away from everything else that I collect (or have collected) the one thing that I actually want to keep picking up is Steelbooks.   And, with the Nintendo Switch becoming probably my favorite system of all time and probably my most played system of all time I really want to make a solid effort into collecting every Steelbook released for the system.  This is especially true of the Steelbooks for first party Nintendo titles.

This is the main reason I have picked up Link's Awakening.  This goal started when I got the Mario Kart Steelbook from Best Buy and now continues driving me down an obsessive rabbit hole where there is no exit point.  This will drive me mad as I try to pick up some titles where I don't even bloody well want to play the game but I see the word Steelbook and I start to itch and twitch like i'm on crack.  The good news is that I can at least make some of (if not all of) my money back by selling off the things I really don't want or need from the collectors editions. 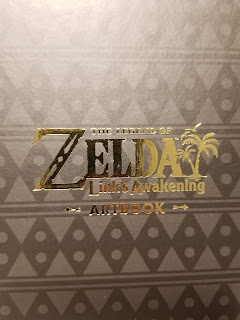 There are a lot of people out there who go all goo-goo ga-ga over art books the same way I do over Steelbooks, and those people help me to recoup some of my losses.  I've briefly flipped through the art book for this game and some of the art looks pretty good.  However, an art book does nothing for me.  I will flip through it once and I'll notice a few things that look really cool and then it will sit in a box somewhere, never to be seen again.

My Steelbook, however, will go on a shelf to be displayed in all of it's beautiful metallic glory.

So, off to eBay this art book will go and hopefully it will find a kind and loving home from some collector who will take care of it and cherish it until the end of times.  Too bad it just wasn't meant to stay with his brother, the Steelbook. 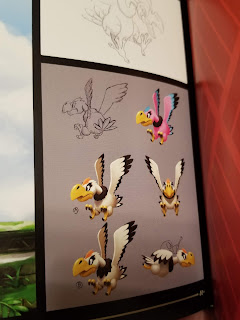 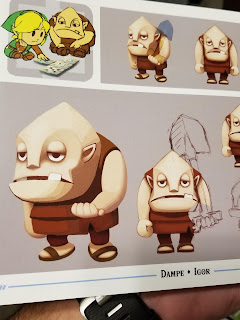 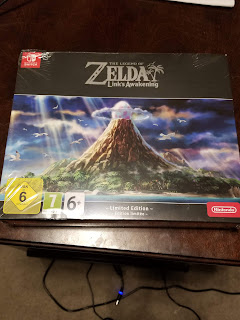 Maybe somewhere out there there is a collector also looking for this box as the final piece to their collectors puzzle as they try to piece together their hopes and dreams from reselling D-bags who put stuff on eBay at inflated prices just to make a buck from those not able to order the total package at one time.

I'm looking forward to playing the game and maybe Breath of the Wild has introduced me to a new series of games that will forever be enshrined in my must play list from here on out.  Maybe next time I pick up a collectible it will be because the game is a masterpiece and I cannot live without it and not just because it has a metal box inside the bigger box that calls and begs for me to bring it into my home and put it on my shelf.

Only time will tell.  However, the only thing I care about now is getting that Luigi's Manson 3 Steelbook and bringing it home to daddy, where it belongs.
Labels: Collectors Edition Video Games