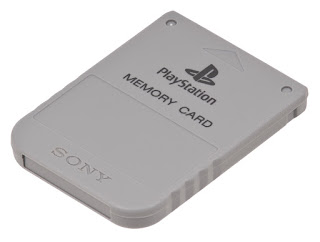 While not going into Stadia and everything surrounding it, I do want to admit that there are some things that have me excited about it.  Playing on any device sounds amazing and would make it easier for me to play games when everyone is taking up the TV.  However, instead of only having access to what is available on my Switch and my Vita I could fire up my computer and grab a controller and play Assassins Creed or Far Cry (etc) and not have to miss out on a lot of these opportunities that I currently skip because of the TV restriction.

Confessions of an Old Man - When I went away to college I attempted a multi city Madden Season/Dynasty on the Playstation by playing my game and sending the memory card to whatever friend was up next.  Yes it was slow and clunky but you were still able to share (until the whole online league thing went crazy and whatnot).

One of the things that I really miss is Save Sharing.  I have 3 switches in my house (and when my daughter gets older I'm sure she will have one as well).  Why can't I transfer a save file from one profile to another?  What if I want my toddler to explore Hyrule in BOTW but he can't get passed the first few shrines himself and I really don't want to replay them?   I don't have an option but I should, and that option should NOT be him just playing under my profile.

Why can't I send my save file to Jason Lacy to get him to beat a Hollow Knight or Smash Boss for me?   Why does this not exist?  Oh, we gotta curtail cheating, meh.   Save Sharing is amazing and I can't believe I'm excited over something I was annoyed we lost back in the day.
Welcome back to yesterday, thank you GOOGLE!!!!!

This coming Friday the Turkey and I are set to record another exciting episode of The Backlog Busters.  One of us has beaten more games than the other this month but I don't want to spoil anything for you.  Very Excited about the upcoming recording.  I have had my ear to the ground and have heard a few AMAZING rumors this past month.  There was a great Nintendo Direct to talk about and maybe we will just transition into a News show for y'all?

As is always the case with a new episode dropping Please get any Comments, questions or concerns to us to read on air and make fun of you! 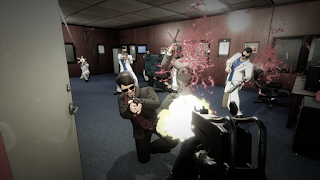 So, recently I ended up with a review code for RICO and honestly I didn't even remember requesting it.  This is only significant to the story because a week before (Thanks to Fudo) I ended up purchasing the game.   RICO is a fun shooter on the Nintendo Switch where you are trying to bust criminals and solve the case.  At the beginning of each new case you have a chance to go through a practice session with shooting dummies.  After that it is real life action and drama.  You will go room to room, kicking down doors and shooting the bad guys all the while trying to hit your objectives such as confiscating evidence, destroying some of it and stealing money.  You will also pick up more bullets and health kits on your way.   RICO is meant to be a co-op buddy cop game and I'd imagine that it would be a lot more fun playing this with a buddy instead of playing it by yourself.  However, even by yourself the game is quite enjoyable and it is something you can just pick-up and play a story segment without having to dedicate hours to a session.  For that reason the game ranks higher in my mental scale and will continue to be something I pick up when I only have a few minutes to play.

Thus far I have not actually been good enough to go through an entire case to beat the game and roll credits but every time I play I get a little closer.

Other than that you can also partake in the Daily Case where you get a random weapon to start and you can compare your score against your buddies who are also playing the game.

If you are looking for a shooter on the Nintendo Switch which might remind you a little bit of Max Payne (but not quite) and have a friend then I highly recommend RICO to you. 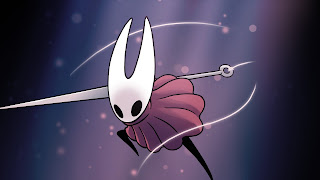 Hollow Knight.  I picked you up and started you because I needed something to put just a little bit of time into before the next podcast drops and the next Twitter poll tells me which game I am playing.  I had previously put a little bit of time into Hollow Knight sometime after I played Dead Cells and the game was left lacking because Dead Cells is just so spectacular (this is in contrast to Lucas's opinion that Hollow Knight is a masterpiece and Dead Cells is bottom of the heap beetle dung.  Maybe the two games just shouldn't be played close together.   After putting more time into Hollow Knight and putting it in away from Dead Cells I am really getting into it and appreciating everything it does.  In fact I'd go as far as saying that Hollow Knight is pretty damned good.
If I had played Hollow Knight, The Messenger and Dead Cells all in the same year it would be really tough to figure out how to rank the 3 of them in terms of my own personal Game of the Year.  Dead Cells won last year bu this year was a one man Messenger race until I started putting time into Hollow Knight.   Now I just have to make sure I finish it before the year ends so that it will count for my GOTY rankings. 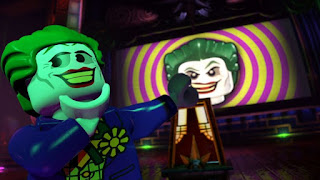 I honestly didn't think I was going to beat a game this month since my monthly game was Octopath Traveler and my big goal was to get through all of the Chapter 1 stories.  I accomplished my goal but am still probably 45 hours away from rolling credits so that I can claim the game is no longer in my backlog.

Enter Lego Batman 2 and my toddler.  Jacob had been playing this game on his tablet for a while now and keeps getting help from me to solve the puzzles and beat the bosses.  We've probably been playing this game on and off for over a month now.  The past week or so Jacob had been putting more and more time into it and actually getting future into the story instead of just replaying the first few chapters/bosses.   Finally we got there, beat the big bad and ended the game.  I loved the game, enjoyed the humor and Joker and really like all of the DC Universe characters that were included.  This makes me want to pick up the Marvel version for my Switch and run through it.

Jacob is still playing because he wants to unlock all of the guys and every time he gets a new character that has abilities his other characters needed suits for he goes crazy with excitement.
So, I'm happy to chalk this up to Beaten and off the Backlog  and it makes me want to play some more Lego games as time progresses.   I just have to convince Jacob to play them on the switch (or PS4 or whatever) instead of on his Amazon Fire Tablet that he absolutely adores.


So Backloggers, what has been keeping you up late this past month and what do you expect is going to keep you up late next month.  I can't wait to keep sinking time into Hollow Knight and Octopath Traveler around my April Game!