Yesterday on my lunch break at work I was listening to the Something to Wrestle podcast hosted by Bruce Prichard and Conrad Thompson and they got to this segment where they were talking about one of my favorite wrestling memories and that is the Mankind Interview segments with Jim Ross.

The Interview was broken up over the course of 4 episodes of Raw is War and aired in approx 6 minute segments and on the last one Jim asks Mick a question which sets him off and eventually he attacks good ole J.R.

Foley has always been one of my favorite wrestlers from the time I knew he existed and in whatever persona he was adopting at the time.  His interviews in ECW were some of the best things that I felt ever existed and when he eventually got to WWF his interviews and promo's are some of the things that drove me to actually watch the programming each and every week.   I've now actually gotten to meet him multiple times and have his autograph a few different times as well.  I've gone to appearances, his comedy show (where one of his openers was Randy Orton Jr's brother) and seen him perform in a ring.

After I finished that up I started looking for other promo's that he did either by himself or promoting matches with other wrestlers and by the time my lunch was over I almost ran out of the break room to start working with a renewed sense of energy and ready to put the mandible claw on the first customer who decided to complain about something petty!

Now I want to go back and watch some more promo's and matches and re-watch some of the bigger things from Foley's career.

I'll include one of them here for you all to enjoy as well (especially if you are a wrestling fan like I am). 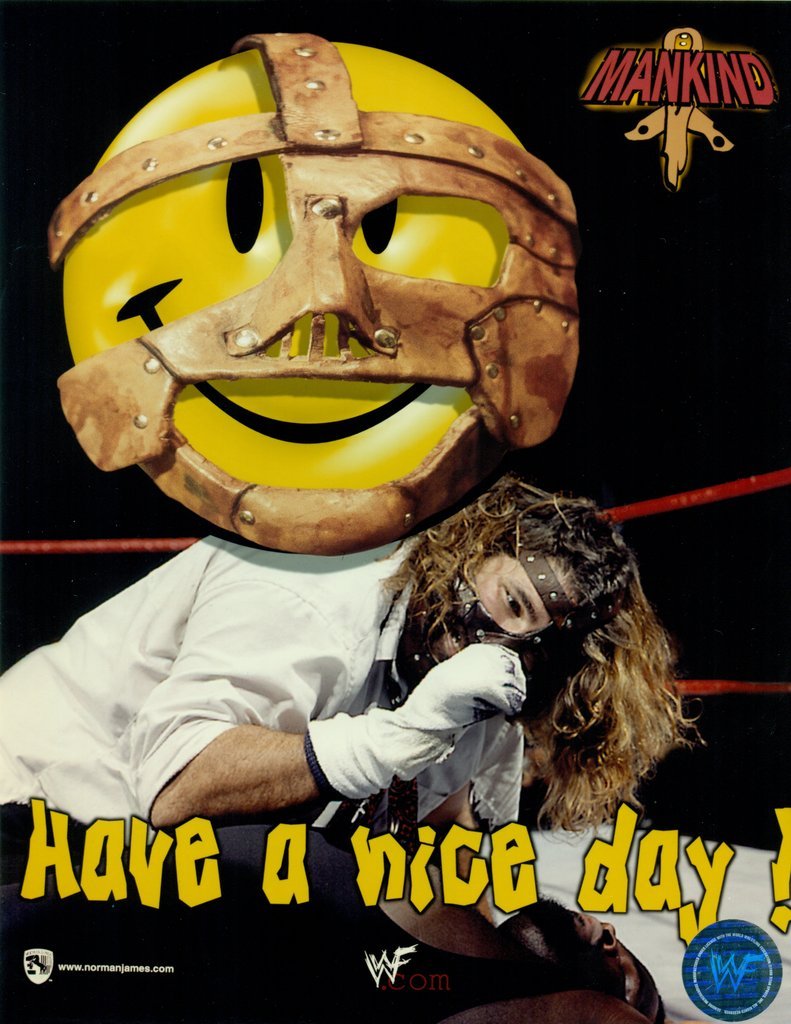 Hey --- are you still reading?
Ok
So just briefly let's look at gaming.

Come Thursday I might be making a guest appearance on another podcast provided the timing works out well.  Also The Backlog Busters will be recording their E3 episode which should be a whole lot of fun and we have a special guest which should take the show off the rails.

I've got some initial thoughts on Spiderman but I wasn't able to beat the game this month (before recording).  Looks like Spidey is going to be a 2 month long game and I know that I'll beat it before our July episode records.
On the go (at work) I have started playing Katana Zero and that game is a whole lot of fun.  I also haven't beaten that one but I do plan on beating it before the July episode as well.

That is everything for me in a nutshell.

What have you all been playing? What is keeping you up at night?