Before I let Mark take over - Just wanted to let all of you #Backloggers know that our friend the CaNERDian was happy to do a review for us.

Now - Ladies and GentleBackloggers - The one, The ONLY THE CANERDIAN!!!

Take it away Mark. 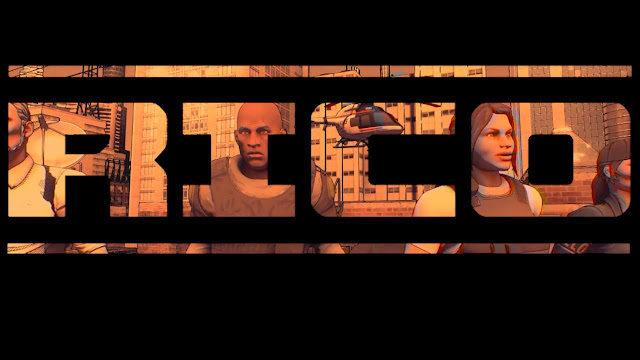 RICO, reviewed here on Nintendo Switch but available on PS4, Xbox One and Steam, is a pretty straightforward hallway shooter. Where most FPS games nowadays tout ever-expanding open and shared worlds, RICO locks you (and a biddy if you wish) in hallway after hallway, room after room of drug dealer hideouts, clearing your way to the top with a vengeance not seen since 80s and 90s bro cop action movies. The intro cinematic of the game explain a plot that would fit right in with those types of movies too. But just like popcorn action flicks, this game isn’t about the plot or the story or character progression. You’re there to kick ass and take names, and leave a trail of bodies in your wake.


RICO is definitely the kind of game you need to go in to with set expectations. For $20, you’re 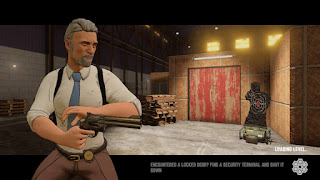 getting a clean and tight FPS arcade game, with procedurally generated levels, online and local coop, tons of challenges and unlockables, and… that’s about it. In my time playing it, I never felt like this was a game I was going to sink 200+ hours in, but that’s ok. Like I said, the controls are tight as hell, customizable, and the animations are fluid. It’s fun to play, and that’s a good thing. If you’re a fan of arcade games and mindless shooting entertainment, I haven’t come across a better example in a long time.


I’d love to see the team at Ground Shatter tackle a competitive FPS multiplayer game, or even 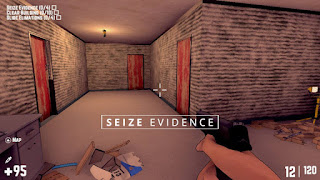 something with a fun and light story like TimeSplitters, which would look fantastic in RICO’s cell shaded art-style. While the character models and environments are a bit generic, nothing feels or looks overly budget. Ground Shatter seems like a capable team, and I’ll be watching what they do in the future.


The tough part of this game is scoring it. It definitely gets a bit repetitive, especially if you’re going solo, so try playing with a buddy so you can talk and joke and hang out without the game distracting you too much. Even so, I feel like RICO is only just scratching the surface of what this developer is capable of. Will RICO still have lasting appeal after a dozen or so hours? I don’t think so, without a content update, but that’s ok. What’s included here is a fun, fluid, arcade shooter that is fun to bust out for a quick mission, get lost in a full campaign, or toss a controller to a buddy (physically or metaphorically online) and feel like you’re back in the arcade, popping quarters in a machine and seeing how far you can gun your way through a criminal organization.


Despite it’s shortcomings, I had fun and continue to have fun with RICO. As a pale cleanser, it’s 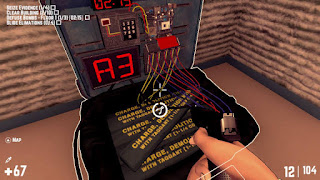 great. It looks good in both handheld and on TV, so it’s good no matter how you’re playing. It might not be The Division 2 or Call of Duty, but that’s not always a bad thing.

Wait… why do I have 10 possible thumbs? Oh this is a mess…