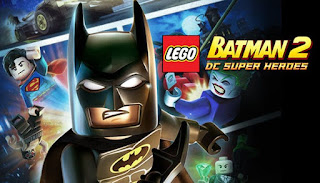 One of my, current, least favorite phrases is "Can you help me?"
This is the phrase that comes out of my toddlers mouth about 10 times every half hour while he is playing through Lego Batman 2 on his Amazon Fire Tablet.
He has made quite a bit of progress but while he is playing it is next to impossible for me to sit down and play some Octopath along side of him because of those words.   It is 99% puzzle orientated because he just overlooked something he needed to break so he can assemble something, or because he forgets that gold objects can be broken with Superman's laser vision.
For the most part I've enjoyed his romp through the game but it would be nice if I didn't have to constantly help him with minor things.   Sounds like a complaint but on the flip side I love sitting down with him and watching him solve the puzzles that he does solve and the excitement on his face when he beats a mission and it goes to a cut scene.

Also, he tried to convince me that Lex Luthor was a good guy.

I've been saying this for the past 3 days or so but I totally should beat the last Chapter 1 of Octopath today.  I was going to beat it 2 days ago but we ended up taking the kids to the park and basically only came home once it reached bed time.  Yesterday was going to be the day but I didn't get to play on my lunch break at work and I only got a few moments at home before I decided my eyes were too tired and I needed to Shut It Down.

So, my new goal is some time at work on lunch and a little bit before bed and I should be there.  This will put my Chapter 1 play time around 15 hours.  After this I have to decide on what my main 3 people are going to be so that I can just switch the last one in and out as is needed to do their particular chapter.
Primrose is my main since I started the game with her.  After that I don't know.  I'm leaning towards the Scholarly Spell Caster and the Cleric as #2 and #3.

I've pre-ordered a couple of games recently.
I have Guacamole 1&2 physical pre-ordered and am really looking forward to diving into that series.  Beat-em-Up Castleroids game?  Oh yeah baby. 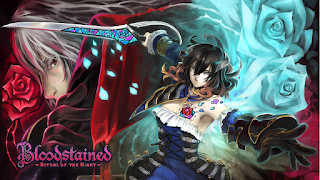 There are some other games I want to pick up but I still have work that needs to be done on my current backlog.  I'm very happy with the progress I have made this year and even though I'm not actually beating a game this month (I am making progress and achieving my main goal for the game) I've still beaten a good amount.   It is possible I jump into Shaq-Fu and beat that after the Octopath chapter ones are done just so I can beat something.   Soon I'll be running out of short games and then I think I'm SOL.

Only a few people have any details of this and only one person knows the full scope of it so far, that would be the Turkey.  Actually, honestly, I don't think anyone knows the full scope of it yet because I don't think the full plan has formulated in my mind yet.  However I have a time frame and a dead line and I'm constantly talking to others behind the scenes and I just want to tell you that if I can pull off what I want to pull off May is going to be a HUGE month for the Backlog Busters.
If I can't pull it off I'll delete this post and no one will ever know anything lol.