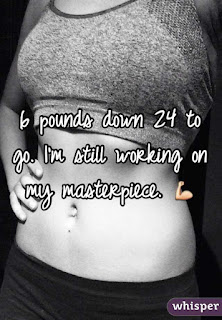 My first confession has nothing to do with video games, so if you're not into that sort of thing you might want to scroll to the next section.
Starting last Wednesday, beginning of Lent, my wife and I started our new eating journey in order to get healthier and over the course of the first week we have both experienced some really good results.  She lost 4 pounds and I lost 6 pounds.  Mine could have been higher but I had a day of training and forgot to pack a lunch not thinking about the fact that they would be providing food and they provided pizza which I ate up like I'd never eaten before.  But other than that my week was mostly good with very few slips and I feel the cravings slipping away.
However, currently my energy levels are lower (cutting out caffeine) and I've been getting some of those caffeine withdraw headaches but this is the short run and I know in the long run I'll be better for it and caffeine will actually do what it is supposed which is give me a small burst of energy instead of just being necessary for me to make it through the day. 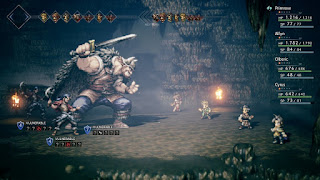 That guy right there was my last boss and it was Olberic's chapter.  Chapter 1 is in the books and I'm excited to have finished all of them.  I have put a little over 15 hours into this and I really feel like with a little play every month I could beat this game before the year ends to see if it makes it to my GotY thought process.  Skinny Matt said it will take me 13 months to play this game and I am out to prove him wrong.   Also, my main goal in this game is to beat Primrose's chapters and roll credits since she is my main character.   Now I just have to figure out what crew I'm going to roll with.  Olberic may have moved into my heart with his amazing ability to BRUTE FORCE DESTROY!!  I've always been a fan of melee and he is better than any of the others.   Alyfn might also make it because HEAL but if I just buy healing items I guess I don't really need him now do I?  These are decisions I will think about as I decide which Chapter 2 I'll be doing next. 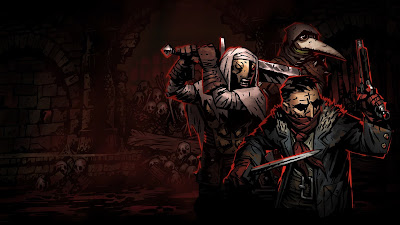 Darkest Dungeon - I first played the game for a couple of hours last year and felt like life was OK and then within the course of two battles I wiped out my entire party and was forced to start over from scratch.  Frustration got the best of me and I moved on to something else so that I could gather my druthers.  At that time I had an idea and when I moved on the idea faded out like a bad fart.  However, I have been getting a Darkest Dungeon itch again and if you follow me at all you'll have noticed that the game made my poll (but lost to Octopath).  Then out of the blue (which was not really out of the blue but sounds really cool when you pretend that it was) Patrick from the Backlog Odyssey (link to blog on the main page of this website) sent in something that rekindled my interest.   Now, I could go into detail and tell you what it is but I'm going to leave this hanging like a Chad in Florida and tell you that you'll have to wait until the next Backlog Busters Podcast drops (Early April most likely).

As for my project -  You'll see more of that really soon.  First, #Backloggers, I'm looking for volunteers.  I'll be using all of your names anyways but the people that volunteer will get special treatment.

Two of the three kids are eating nuggets, one is crawling around getting into everything and as for daddy?  He has a sink full of dishes that if I do not get to the wife will MURDERIZE ME.